Here’s what you need to know about the week’s top stories.
Here are the week’s top stories, and a look ahead.
1. A damning turn for President Trump and his associates:
Federal prosecutors say he directed illegal payments during the presidential campaign to help prevent a possible sex scandal.
The president’s lawyer, Michael Cohen, has said Mr. Trump, above, directed payments to women who claimed they had affairs with Mr. Trump. But in a memo arguing for a prison term for Mr. Cohen, prosecutors in Manhattan said Mr. Cohen “acted in coordination and at the direction of an unnamed individual” — a clear reference to Mr. Trump.
Separately, the special counsel’s office said that Paul Manafort, Mr. Trump’s former campaign chairman, had “told multiple discernible lies” about his contacts with Trump administration officials and his interactions with a Russian linked to Moscow’s intelligence services.
Together, the filings laid bare the most direct evidence to date linking Mr. Trump to potentially criminal conduct, and added to an already substantial case that Russia was seeking to sway the 2016 election in his favor.
Have you been keeping up with the headlines? Test your knowledge with our news quiz. And here’s the front page of our Sunday paper, the Sunday Review from Opinion and our crossword puzzles.
____
2. John F. Kelly is out. The president said Saturday that Mr. Kelly, above, his second chief of staff, would leave his job by the end of the year. Mr. Kelly’s departure had long been rumored amid signs that he and Mr. Trump had grown irritated with each other.
The president said he would announce Mr. Kelly’s replacement in the coming days. The leading candidate is the vice president’s own chief of staff, Nick Ayers, a political operative who possesses the campaign savvy that Mr. Trump has craved.
Mr. Trump also announced his pick for attorney general: William P. Barr, who served as head of the Justice Department in the first Bush administration. Mr. Barr is a skeptic of the Russia investigation and is known for his expansive vision of executive power.
Speaking of personnel: One former cabinet member had some harsh words for Mr. Trump, who fired right back. Mr. Trump said his former secretary of state of state, Rex W. Tillerson, was “dumb as a rock” and “lazy as hell” after Mr. Tillerson said the president was undisciplined, did not like to read and regularly pushed him to take actions that were illegal.
____
3. The war of words ended a somber week Washington, which bade farewell to former President George H. W. Bush.
Beginning Monday night, Mr. Bush lay in state in the Capitol Rotunda. His coffin was draped in an American flag and placed on the catafalque built for President Abraham Lincoln. Thousands lined up to pay their respects.
On Wednesday, at a funeral of pomp, pageantry and military precision, former President George W. Bush remembered his father as “a commander in chief of formidable accomplishment and a gentleman who executed the duties of his office with dignity and honor.” (Our chief White House correspondent looks at the extraordinary relationship between the 41st and 43rd presidents. 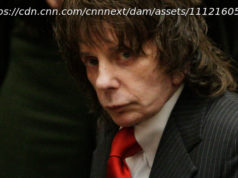 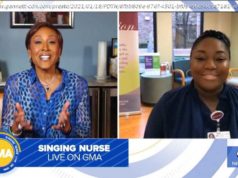 Michigan nurse to sing at COVID memorial ahead of Biden inauguration 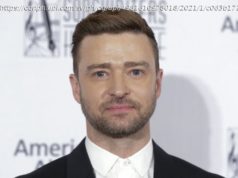