This may be Browns general manager John Dorsey’s boldest move yet.
Former Kansas City Chiefs running back Kareem Hunt has signed with the Cleveland Browns, although he still faces a possible suspension from the NFL. (AP Photo/Charlie Riedel)
If any NFL team was going to take a chance on Kareem Hunt, it was the team he grew up rooting for.
If any NFL general manager was going to try to navigate through these choppy waters it was the general manager who two years ago drafted Hunt for the Kansas City Chiefs.
If any team could probably do without another one of these types of situations, it’s the one that only a few months ago finally ran out of patience with Josh Gordon.
But here they, he, and it are. The Cleveland Browns, Kareem Hunt, and The Situation.
Strange bedfellows? Not necessarily. Risky ones? Absolutely. Do the Browns, fresh off a feel-good, turnaround season their desperate fan base has been waiting for forever, really need to crawl out onto this limb? Do they want to risk the distraction that could be caused by the signing of a player with THIS on his resume?
Evidently.
The Browns, who were not necessarily short on running backs, now have a new one. The Browns, who, since the departure of Gordon, were thankfully short on baggage, now have plenty: Kareem Hunt’s.
After terminating their 6 ½-year Josh Gordon Experience, the Browns waited just five months before bringing into their building another controversial player. On Monday they signed Hunt, the 23-year-old running back, who grew up in a Cleveland suburb, played at the University of Toledo, and, after then-Chiefs general manager John Dorsey, who now holds the same title with the Browns, selected him in the third round of the 2017 Draft, led the NFL in rushing as a rookie, and was selected to the Pro Bowl. 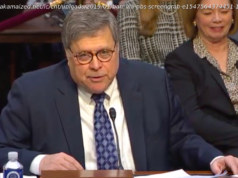