Facebook promotes its streaming service Facebook Live as a “fun, powerful way to connect with your followers and create new ones along the way.”
But the ability to broadcast in real time is producing far different videos than the celebratory sports ones that Facebook uses in its television advertising.
Like a speeding driver who broadcast himself weaving through traffic at speeds in excess of 100 miles per hour before crashing his car and critcally injuring himself.
When a gunman shot and killed two Virginia journalists during a live television interview , he also broadcast part of the shooting on Facebook and Twitter.
When a Minnesota police officer shot a black driver , the driver’s girlfriend, a passenger in the car, broadcast much of the exchange on Facebook Live.
The most recent case involved the beating of a man with mental health challenges in Chicago. Police have filed charges against four people after a 30-minute Facebook Live video Tuesday showed a white man being beaten and cut by a group black assailants.
The video — described as “sickening” by the superindendent of the Chicago Police Department — was eventually taken down by Facebook, but several users copied it and several copies have appeared on YouTube .
Now some are questioning what took Facebook so long, according to The Guardian , which reported than more than 16,000 people watched the video. The Guardian outlines some of the procedures Facebook has in place for dealing with content that gets reported to the site.
A spokeswoman for Facebook told The Guardian : “We do not allow people to celebrate or glorify crimes on Facebook and have removed the original video for this reason. In many instances, though, when people share this type of content, they are doing so to condemn violence or raise awareness about it. In that case, the video would be allowed.”
The video raises ethical questions for Facebook, writes CNN Money. A spokesperson told CNN that Facebook does not ban violence or torture outright because “in many instances… when people share this type of content they are doing so to condemn violence or raise awareness about it.”
Facebook said moderators will look at a video that reaches a certain threshold of viewers, according to Mashable , which chronicled the rise in pronographic videos and piracy on Facebook Live.
In recognition of its role as not just a social media platform, but a distributor of news content, the Facebook is fighting to limit fake news on its site. Now as it moves into live video distribution, the social media behemoth faces even more questions. 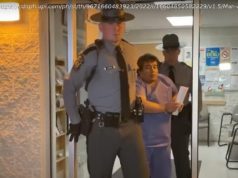 Man arrested after driving car through crowd, killing at least 1 in Pennsylvania 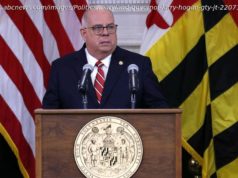 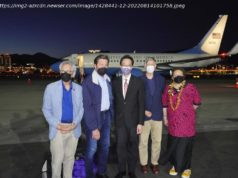 More US Lawmakers Touch Down in Taiwan