Olaf Carlson-Wee is the founder of Polychain Capital , which manages a hedge fund that invests exclusively in blockchain-based assets.
Blockchain technology is quickly expanding beyond bitcoin. While many proponents of bitcoin see the blockchain as no more than competition for existing payment methods or gold, I believe blockchain technology is the harbinger of things the world has never before seen.
In a world with many blockchains and hundreds of tradable tokens built on top of them, entire industries are automated through software, venture capital and stock markets are circumvented, entrepreneurship is streamlined and networks gain sovereignty through their own digital currency. This is the next phase of the internet.
To date, bitcoin companies have received more than $1 billion in venture funding — the entire industry was built on the shoulders of VCs. Yet Ethereum, a blockchain protocol that allows arbitrarily complex financial transactions to be encoded by anyone and executed in a provably accurate manner by a distributed network, has seen a de minimis amount of VC investment. Rather, open participation crowdsales run through financial contracts built on Ethereum have raised more than $250 million from backers all around the world.
So why is less VC money flowing into Ethereum? Perhaps it is more risky, and perhaps investments in failed bitcoin companies has lowered interest. Perhaps. But importantly, entrepreneurs now have an alternate route for funding their projects. We are seeing entrepreneurs issuing their own blockchain-based tokens to raise money for their networks, sidestepping the traditional, exclusive world of venture capital altogether. The importance of this cannot be overstated — in this new world there are no companies, just protocols.
Using this new model, entrepreneurs create blockchain-based tokens that represent ownership in the network they are building, and also act as fuel for their network. For an investor, there are not shares of a company available, only the blockchain-based token. As the blockchain space expands, disproportionate returns will go to holders of the actual tokens, not traditional venture investors betting on a shares of a company. 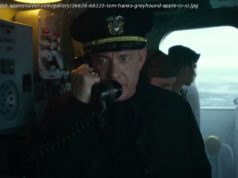 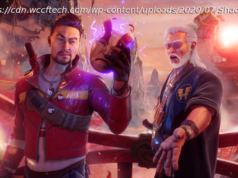 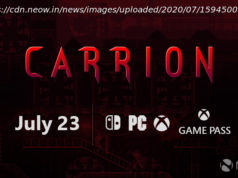 CARRION set to release July 23 on PC, Xbox One, Switch, and in Game Pass