The recurring trope of almost every cable television series these days is extreme violence, frequently involving the capture, rape and slaughter of young women. Even Henning Mankell’s relatively cosy Wallander series, in its numerous manifestations – Wallander has been played by at least three actors – and the semi-comic Inspector Montalbano serve up frequent, grisly helpings of sex and violence. The Sopranos , the first and still the best of the lot, did not flinch from the rawer aspects of the criminal life, but the bloodshed was always secondary to the drama. In its successors, however, the makers have been steadily ratcheting up the horrors, and seemingly there is no limit they will not breach.
So, what a risk it was for the creators of the successful Glenn Close series Damages to embark on, of all things, a good old-fashioned family saga. The folk in the Netflix series Bloodline , set in the Florida Keys, are the Rayburns, Robert and Sally, played with consummate artistry and ease by Sam Shepard and Sissy Spacek, and their three sons and daughter. Things are going fairly swimmingly at the family-run Rayburn House resort hotel, until the unexpected return of Danny, the eldest son, a deeply damaged but amiable black sheep. When he shows up, Rayburn House slowly begins to turn into something very like the house of Atreus.
The plot of Bloodline has its instances of extreme violence and its morgues are full of mutilated young women, but the unflinching way in which it portrays the savagery at the heart of family life would have been acknowledged and applauded by Sophocles. The twin glories of the series, however, are the quality of the acting and the range and subtlety of the writing. Very little screen entertainment nowadays is made with an adult audience in mind. Bloodline , almost uniquely, is for grown-ups.
The best entrance
Beyonc é , Lemonade
Just ten months after its release, it’s hard to imagine a cultural landscape without Lemonade. Beyoncé’s second visual album, which dropped in February, set the bar high early in the year. By turns blistering, bitter, and blissful, listening to Lemonade for the first time can feel like a kind of baptism, cleansing through its catharsis. So it’s only appropriate that one of the film’s most lasting visuals plays with similar ideas, as Beyoncé begins « Hold Up » with waves breaking through heavy doors. That’s one way to make an entrance.
The best use of social media
Kim Kardashian West, Snapchat
It would take a much higher wordcount to explain the tension that had been building between Taylor Swift and Kanye West for years , but their relationship was more tense than ever when West released a rap mentioning her: « I think me and Taylor might still have sex / Why? / I made that bitch famous.  » West claimed he had her approval for the lines, but Swift hinted at her horror at the Grammy’s. Contentious comments in interviews followed, until Kim Kardashian West came to her husband’s support with a delicious serving of revenge: posting video footage of Taylor’s approval on her Snapchat. A truly electrifying use of personal social media channels that showed Kardashian West’s dominance of the form. It’s bittersweet to remember her triumph after a traumatic assault has seen her move away from her former social media persona.
The best British export
Phoebe Waller-Bridge, Fleabag
Hilarious, depressing, filthy and always surprising – Fleabag was undoubtedly the best of British comedy in 2016. Constantly leaving its audience on a knife-edge between laughter and tears, Phoebe Waller-Bridge – who wrote and starred in the sitcom – offered an irresistible exploration of a woman struggling to entertain those around her while dealing with grief, shame, and insecurities financial and personal. It was extra sweet to see her success translate Stateside when Amazon Prime Video distributed the series. Extra points, too, must go to a show that manages to make a scene starring Hugh Dennis talking about orgasms and his dishwasher moving.
The best revenge
Every woman on Game of Thrones
Game of Thrones has been rightly criticised for its voyeuristic and degrading treatment of women across its six seasons. We’ve seen Arya, Sansa, Cersei, Daenerys, Ellaria and Yara beaten, raped, humiliated and tortured at length. So when this season saw several disparate plotlines culminate with the triumph of the women at their centres, it was hard not to celebrate for them. Particularly sweet was Sansa’s revenge, as she finally sat at the head of her house and murdered her husband using his own preferred method of torture: death by dogs. Let’s hope they don’t fuck up her character (there have been hints of a « the power goes to her head » storyline) in season seven!
The best non-stop monologue
Aoife Duffin, A Girl is a Half-formed Thing
I loved two female-driven monologue performances in 2016: Fleabag at the Soho Theatre was one, and the other was A Girl is a Half-formed Thing at the Young Vic. Following on from runs in Dublin, Edinburgh and Manchester in 2014 and 2015, this production finally came to London this year, and it was transcendent. This uninterrupted 90-minute show is relentlessly traumatic and terribly bleak, but the sheer force of it reminds us of the depths simmering beneath the faces of every passing person you meet.
The best nostalgic romance
Barry Jenkins, Moonlight
2016 has been a year thick with nostalgia: from Stranger Things to La Land and beyond. Moonlight , a coming-of-age film set in Eighties Miami by director Barry Jenkins – described by one critic as  » Carol meets Frank Ocean » – is the most nuanced and stylish of the lot. Following the troubled youngster Chiron as he grows up, discovers his sexuality, and even falls in love, Moonlight seduces you from its very first frame. An honourable mention, too, must go to the Black Mirror episode “San Junipero”, which managed to transcend all the melodramtic, po-faced elements of your typical Black Mirror episode by choosing to look at the potential positive aspects of future technology. 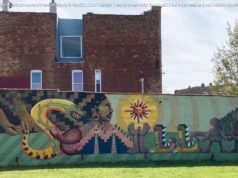 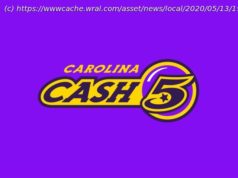 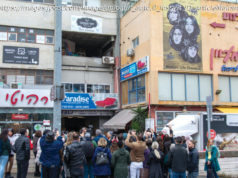