Plans to create a new type of Bitcoin on Tuesday threaten to cause virtual currency chaos.
A split in the Bitcoin community is set to create a new incompatible version of the cryptocurrency on Tuesday.
A group of insiders is unhappy with existing plans to speed up transaction times.
They plan to offer existing investors a matching amount of a new virtual asset – called Bitcoin Cash – which could put pressure on the value of original bitcoins.
One expert has warned there could be trading « chaos » over the coming days.
Several popular Bitcoin platforms are refusing to support the new coins.
That means investors who currently rely on some Bitcoin currency exchanges and virtual wallets will be unable to take advantage of the offer unless they switch to alternative providers. And moving from one platform to another carries risks of its own.
« Nobody can be sure how this is going to play out over the short term,  » commented Iqbal Gandham, UK managing director of the eToro trading platform.
The breakaway plan was revealed just over a week ago after it emerged that a compromise scheme to reform Bitcoin appeared to have gathered enough support to be adopted.
The middle-ground solution – known as Segwit2x – is an attempt to address one of Bitcoin’s constraints: at present the ledger of past transactions, known as the blockchain, can have only one megabyte of data added to it every 10 minutes.
The limitation was originally introduce to protect Bitcoin from cyber-attacks, but has meant some users have had to wait days for their transactions to complete at busy times.
Two conflicting solutions were initially proposed:
Many « miners » – dedicated businesses and others that contribute computer processing power to authorise transactions in return for the chance of being awarded newly minted Bitcoins – favoured the former plan.
But many developers – those working on Bitcoin’s code or that of associated software – preferred the latter.
The Segwit2x initiative solved the impasse by suggesting the data-splitting step should occur in August and then be followed by an increase in the block size to 2MB in November.
Under the terms of a related scheme – referred to as Bitcoin Improvement Proposal 91 (BIP 91) – the first step would only happen if 80% of the mining effort adopted the new blockchain software required and used it consistently between 21 July and 31 July.
After more than 95% of miners signalled their support for the plan it was widely assumed that a Bitcoin « civil war » had been averted.
But then ex-Facebook engineer Amaury Sechet and other Bitcoin insiders revealed plans to launch Bitcoin Cash on 1 August at 12: 20 UTC (13: 20 BST) .
They claimed that the danger with the Segwit2x scheme was that there was no guarantee a doubling of the block size would follow the data-splitting step, as promised.
Instead their new currency would have a block size of 8MB and ditch the data-dividing idea.
To further complicate matters, some Bitcoin exchanges are divided about whether to support the creation of Bitcoin Cash and allow its trade, with several yet to declare their plans .
Furthermore, some exchanges plan to suspend or restrict trade in Bitcoin altogether for several days until they are confident that any disruption has passed.
The uncertainty surrounding Bitcoin Cash’s chances has led to one futures market in Bitcoin Cash to value one coin as being worth about $267, a fraction of the $2,780 each bitcoin was trading at short time ago .
In theory, if mass adoption were expected, the two currencies should be much closer in price.
« There’s massive uncertainty and the quoted futures price should be taken with a grain of salt,  » commented Dr Garrick Hileman, research fellow at the Cambridge Centre for Alternative Finance.
« We won’t know the real Bitcoin Cash price until a number of exchanges across the world start trading it, and it’s still not clear when that will happen. »
And he added that there could be some wild swings in the value of both types of Bitcoin over the coming days.
« My sense is that the split can be managed if exchanges and wallets take the necessary precautions,  » he explained.
« But I suspect some will not be well prepared as this happened quickly and a lot of organisations are coming on board at the last minute.
« It wouldn’t surprise me if there is some chaos. » 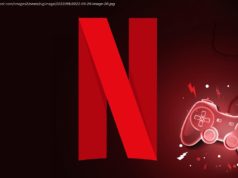 Netflix is building its own game studio in Finland 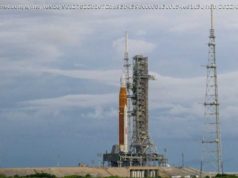 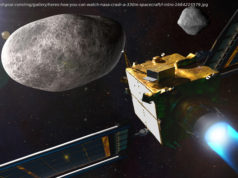 Here's How You Can Watch NASA Crash A $330M Spacecraft – SlashGear