As Washington and Beijing struggle to reach a comprehensive trade deal, negotiators are reportedly close to a more specific agreement that would save embattled ZTE…
As Washington and Beijing struggle to reach a comprehensive trade deal, negotiators are reportedly close to a more specific agreement that would save embattled ZTE Corp., the Chinese telecom giant currently subject to a crippling U. S. sales ban.
Details are still being worked out, but if completed, the agreement would lift the prohibition on American companies selling components and software to ZTE, the Wall Street Journal reported Tuesday, citing people with knowledge of the matter.
In exchange for removing the ban, ZTE would have to change its management and board of directors and possibly pay significant fines, according to TheWSJ report.
The Commerce Department hit Shenzhen-based ZTE with heavy fines in March 2017 for selling products equipped with American components to Iran and North Korea, in violation of U. S. sanctions. Commerce dealt ZTE another blow in April, imposing a seven-year U. S. sales ban after evidence came to light that the company had failed to comply with its agreement with Washington.
The ban was devastating for ZTE, which is the fourth-largest seller of mobile phones in the U. S. and it buys much of its component parts from American firms.
Reports of a potential deal to ease the punitive measures on ZTE come as Washington and Beijing try to work through major differences on trade and reach a broader agreement that would boost American exports to China. Trade talks ended earlier in May without any major breakthroughs, although both sides agreed to delay, for now, proposed tariffs on hundreds of billions worth of each other’s imports. (RELATED: Treasury’s Mnuchin Says US Putting Trade War With China ‘On Hold’)
The Chinese government, which considers ZTE to be critical to its surging telecommunications industry, has reportedly broached lifting the ban on the company several times in discussions with the Trump administration. A joint statement on the negotiations did not mention ZTE, but Trump himself has floated the idea rescinding the sales ban if China eliminates some tariffs on American agricultural products.
Separate from the trade issue, U. S. officials have voiced concerns about the ZTE’s connections to the Chinese government. The heads of the CIA, NSA and FBI have all spoken of the potential for the company to engage in espionage on behalf of Beijing wherever its products are sold, including the U. S.
“We’re deeply concerned about the risks of allowing any company or entity that is beholden to foreign governments that don’t share our values to gain positions of power inside our telecommunications networks,” FBI Director Christopher Wray told lawmakers in February.
Others have expressed fear that removing restrictions on ZTE will help it in the race to develop wide-scale 5G networks, which would give China profound economic and technological advantages over the U. S. (RELATED: The Race To 5G Technology: How America Could Lose Out On The Next Big Thing)
Washington wants domestic companies such as AT&T and Verizon to build out 5G infrastructure as quickly as possible, but not by using technology developed by China, which has a record of rampant theft of U. S. intellectual property and national security secrets.
Follow Will on Twitter
Send tips to [email protected] . 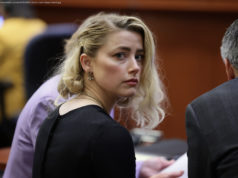 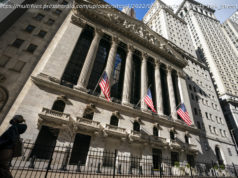 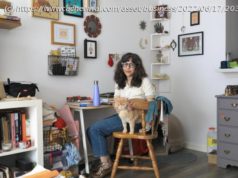 What is a recession, and when is the next one going to begin?