Super Smash Bros. Ultimate’s World of Light campaign can be a headache, but we’ll show you a way to get very powerful, very quickly.
Any game with an economy can be manipulated and leveraged to provide an advantage to the player, and that includes Super Smash Bros Ultimate’s single-player World of Light campaign.
This is how to use the Spirit Board activity to get powerful spirits as quickly as possible. It may not be the most fun way to play, but it’s likely to be the most efficient.
You collect spirits in the World of Light and the related activities under the “Spirits” tab in the main menu, and these spirits each depict one of about 1,300 different characters from games released on Nintendo platforms. Each spirit is unlocked through a fight with a special rule set that matches the character’s theme.
For example, the Pokémon Shedinja is a cicada’s discarded shell. Shedinja has only one hit point in the Pokémon games, but it has a special ability that makes it immune to all attacks that don’t hit it for super-effective damage.
Related
The Shedinja Spirit battle in Smash Ultimate pits you against a Mr. Game & Watch combatant at one health, but with an invincibility buff that sometimes switches off for a short amount of time. You only have to hit him once to win, but you have to do it in that short window of vulnerability.
Winning these battles allows you to collect the spirits, which function as RPG gear. Your primary spirit improves your attack and defense stats, which means you’ll take less damage from enemies while dealing more out when you attack. The higher the numbers associated with your equipped spirits, the better you’ll perform.
Primary spirits also include between zero and three slots for support spirits, which give you perks like an item at the start of a match or an immunity to an obstacle like poison clouds or electrified floors. Primary spirits with fewer slots for support spirits usually have higher stats to compensate.
Spirits come in four tiers: novice, advanced, ace and legend. Higher-tier primary spirits give you more damage and more defense. Higher-tier support spirits give you more powerful perks. The catch is that the enemies you have to battle to get the spirit are significantly harder on higher tiers. You’ll need to finesse your spirit loadout to stack the deck in your favor in order to beat some of the tougher ones.
Primary spirits come in three categories that operate in a rock/paper/scissors system. Red/attack spirits beat green/grab spirits, which beat blue/shield spirits, which beat red/attack spirits. There are also neutral/purple spirits that don’t have a strength or a weakness against any other spirit type.
You always want to use a primary spirit that has an advantage over the spirit you’re battling, if at all possible.
Primary spirits also have levels, and you’ll want to upgrade your spirit to the maximum level of 99 in order to get the highest stat bonus in battle. Spirits level up when you use them to fight, and they earn experience whether you win or lose. But they get more if you win.
You can also level them up by feeding them the spirit snacks you get as rewards for clearing battles. You will also unlock a gym on the World of Light map where you can drop your spirits off to level up on their own. You won’t have access to them while they level up, however, and it can take a day or more of real-world time before a spirit reaches its maximum level.
Related
Although there is nothing about this in the game’s tutorial, it appears you get a bonus to your attack and defense stats when your character is from the same game franchise as your spirit. 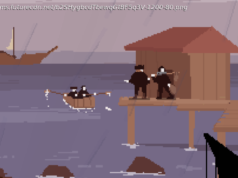 Olija is a 2D action game about a magic harpoon 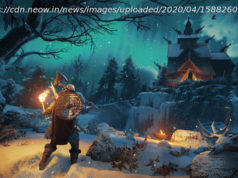 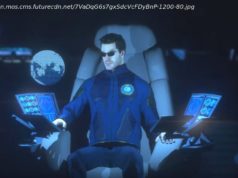