Here’s what you need to know at the end of the day.
(Want to get this briefing by email? Here’s the sign-up .)
Good evening. Here’s the latest.
1. “This is conduct that none of us in America would approve of in any way.”
That’s Senator Richard Shelby, Republican of Alabama, reacting to a classified briefing by Gina Haspel, the C. I. A. director, about the killing of Jamal Khashoggi. The session left senators more certain than ever that Mohammed bin Salman, the crown prince of Saudi Arabia, ordered the journalist’s death. Above, Ms. Haspel at the Capitol.
The senators’ assessment puts them at odds with the White House, which has refused to blame Saudi Arabia’s leadership. But there was no consensus about next steps, after a stinging vote last week to consider cutting off U. S. military aid to Saudi Arabia’s campaign in Yemen.
Separately, John Bolton, the national security adviser, said that President Trump would still meet with Kim Jong-un, despite North Korea’s lack of progress on ending its nuclear program.
_____
2. The campaign arm for House Republicans was hacked during the 2018 midterm campaign, a spokesman for the organization said.
The hack exposed thousands of sensitive emails from senior aides at the National Republican Congressional Committee. It isn’t clear who was behind the breach, first reported by Politico. Above, at a committee event in March.
The techniques used in the hack suggested the breach was carried out by “a sophisticated actor,” our reporters learned. Top national security leaders had warned before the elections that Russia was engaged in a “pervasive” campaign to sow discord and influence American voters.
_____
3. Stocks fell after a tweet by President Trump cast doubt on a truce in the U. S.-China trade war. The S&P 500 dropped more than 2 percent. Above, at the New York Stock Exchange.
The Trump administration and Beijing said over the weekend that they would pause the trade war for 90 days while the two sides tried to reach a formal trade deal. But Mr. Trump’s tweet on Tuesday seemed to undercut the promise of that agreement.
“I am a Tariff Man,” the president tweeted. “We are right now taking in $billions in Tariffs.”
Separately, the yield curve — the difference between the interest rates on short- and long-term Treasury bonds — was at its narrowest level since 2007, which some experts see as a recession warning signal.
_____
4. President Emmanuel Macron’s government announced it would suspend the fuel tax increase that set off three weeks of intense protests across France by the so-called Yellow Vest movement. 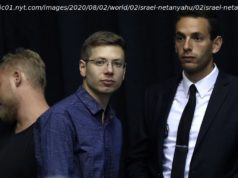 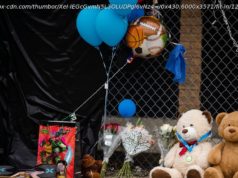 9 killed, 21 wounded so far in weekend shootings across Chicago 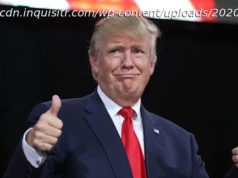 Was TikTok in Europa plant

Get the new Windows 10 Start menu — and other Insider...