President Trump backed off his threat to impose tariffs on Mexico last week — but the encounter suggests more tariffs could be on the way
WASHINGTON — President Trump has concluded his tariff threat worked and forced Mexico to stop the flow of migrants. On Monday, he pivoted back to his trade fight with China and vowed to hit Beijing with more tariffs if it did not accede to America’s trade demands.
“The China deal’s going to work out,” Mr. Trump said in an interview on CNBC. “You know why? Because of tariffs. Because right now China is getting absolutely decimated by companies that are leaving China, going to other countries, including our own, because they don’t want to pay the tariffs.”
The president has long favored tariffs as an immediate and unilateral policy tool. But his increasing confidence that the levies have helped accomplish his goals without harming the United States sets up an even more tumultuous period ahead for businesses, consumers and foreign countries.
“Protectionism shows no signs of abating, rather it is intensifying,” said Joshua Shapiro, the chief United States economist at MFR Inc.
Markets are already counting on the Federal Reserve to come to the rescue by cutting interest rates. Fed officials have begun signaling they are prepared to help prop up the economy to counter any slowdown from Mr. Trump’s trade war, a development that could give the president even more leeway to carry out an aggressive trade policy.
Mr. Trump on Monday continued to attack the Fed for raising rates last year, saying it had put the United States at a competitive disadvantage to China, which has a fairly subservient central bank. “They devalue their currency. They have for years,” he said. “It’s put them at a tremendous competitive advantage, and we don’t have that advantage because we have a Fed that doesn’t lower interest rates.”
The president insisted his tariffs were having their intended effect — pressuring other countries to make deals, prompting companies to move factories back to the United States and generating an enormous amount of money, all without costing American consumers.
“A lot of countries have changed their habits because they know they’re next,” Mr. Trump said.
He said he was prepared to place 25 percent tariffs on another $300 billion worth of Chinese goods and would do so immediately if a planned meeting with President Xi Jinping of China did not happen this month during the G-20 summit meeting in Japan.
“We are scheduled to talk and meet,” Mr. Trump said during remarks to reporters at the White House. “We always have the option to raise it another $300 billion to 25 percent.”
Mr. Trump has blamed China for “reneging” on a trade deal with the United States, and last month, he raised tariffs on $200 billion worth of goods as punishment. China has retaliated by raising tariffs on about $60 billion worth of American products, like soybeans. Mr. Trump said on Monday that he saw no downside to taxing nearly everything China sends into the United States, saying it would continue to boost the American economy. 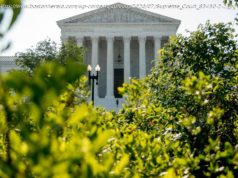 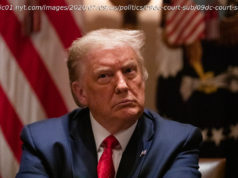 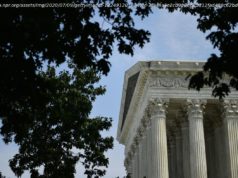