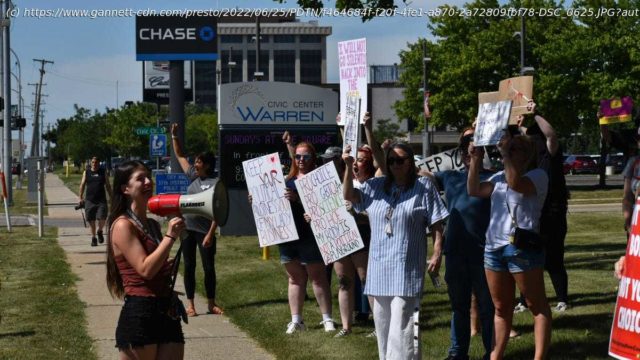 Chants of \
Chants of « our bodies, our choice » rang out around Warren’s city square and were met with honks of support from oncoming traffic on Van Dyke Avenue Saturday afternoon. Over 50 people attended the emergency rally calling for reproductive justice following Friday’s U.S. Supreme Court ruling overturning Roe v. Wade, which had enshrined the right to an abortion in the U.S. constitution for nearly 50 years. The rally, one of several protests and celebratory demonstrations that have been happening across the state since yesterday, was organized by Our Bodies Our Rights, a pro-choice group in Warren. Mackenzie Voss and Milena Pukalo, both 17 and recent graduates of Cousino MMSTC High School, started the group in May following the leak of the Supreme Court’s draft opinion indicating they would overturn Roe v. Wade. The purpose of the group is to organize protests in the Warren area and help elect pro-choice politicians they said.
« Since Roe v. Wade was literally overturned yesterday, we are angry over the fact that they’re trying to take away basic human rights for women », Voss said.
« We think all you have the access to abortion, to safe abortions », Pukalo added. « Nobody wants an abortion, it is a need and it is basic health care for women. »
Huwaida Arraf, a candidate in the five-person Democratic primary for Michigan’s 10th Congressional district which includes Warren, was the only politician or candidate to attend the rally.
« We are going to make our voices heard, we are going to march, we are organizing », Arraf said. « Make sure to vote, our vote is our voice. 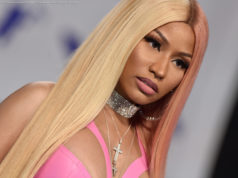 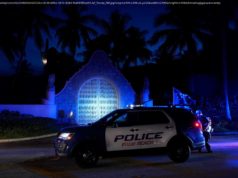 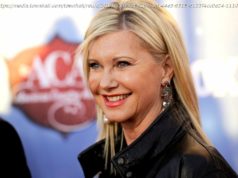