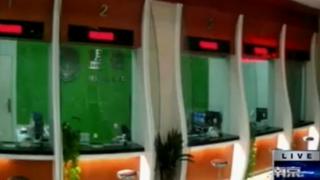 A court in the Chinese city of Nanjing has jailed two men for swindling customers of their savings through a fake bank, state media report.
The men, surnamed Zeng and He, were found guilty of pocketing 435m yuan (£51m; $63m) from some 400 customers.
The sentences were upheld at a second trial, said the People’s Daily, and the men have been jailed for nine and nine-and-a-half years respectively.
The facility, actually a co-operative, resembled a state-owned bank inside.
It had tellers’ windows, uniformed clerks, and even similar deposit slips.
But while it had some legitimacy as a rural co-operative, it did not have the necessary permits to operate as a bank.
The Mengxin Village Economic Information Professional Co-operative was first set up in 2012 as an agricultural consultancy, reported People’s Daily.
In 2013 its founders began advertising attractive interest rates for customers who banked their savings with them, even though it was not authorised to collect savings.
One of the founders, He, had previously worked in a state-owned bank and trained employees according to bank standards.
The newspaper quoted a former employee surnamed Song as saying that they were told to dodge questions from customers.
«Depositors would ask questions about our co-operative, the scope of our business, our registered capital. We would vaguely reply saying we didn’t know and our bosses had all the licences.
«If we were asked if our co-operative was a bank, we would reply that it was about the same. We were told by He to give such replies,» Mr Song said.
The co-operative’s illegal activities were eventually found out when a businessman who was not paid the promised interest on his money went to the police in 2014, which prompted a deeper investigation.
The story shocked many in China — already used to fake food and product scandals — when it first came out. Many commented on the crime’s audacity and the fact that the «bank» was able to operate for a long period of time without detection. 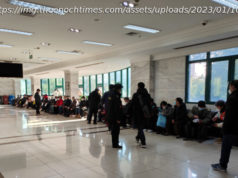 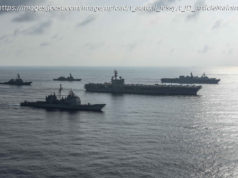