WASHINGTON, Jan. 12 (UPI) — Compared to a couple of other Cabinet nominees, Rep. Mike Pompeo had a relatively easy confirmation hearing in the Senate on Thursday.
President-elect Donald Trump ‘s nominee to head the CIA was questioned for hours by the Senate Select Committee on Intelligence on a variety of issues. As head of the top U. S. intelligence agency, the Kansas congressman would be responsible for shaping policy on espionage matters and national security.
The agency has come under fire in recent years for allegations of torturing terror suspects, mostly under President George W. Bush ‘s administration. In his testimony Thursday, Pompeo said he is not seeking a return to such aggressive interrogation techniques.
«Absolutely not,» he said when asked if he would comply with a president’s order to use methods like waterboarding, which is simulated drowning. «I can’t imagine that I would be asked that.
«I’ll always comply with the law. »
Pompeo’s panel hearing got off to a dark start when a power outage hit the Senate building, forcing the hearing to relocate. When it resumed, Pompeo was also asked about Russia and Iran.
The lawmaker said he believed a U. S. intelligence report last week implicating Moscow in election interference was «sound,» and added that he believes the Kremlin is a legitimate threat to Europe.
On Iran, he said he will take seriously his CIA responsibility to ensure Tehran complies with the controversial Iran nuclear deal — which he voted against last year. The deal seeks to curb Iran’s nuclear capabilities.
«The Iranians are professionals at cheating,» he said.
Pompeo, a graduate of the U. S. Military Academy and Harvard Law School, served on the House Select Committee on Benghazi, which investigated the attack on the U. S. consulate compound that killed four people in 2012.
The 53-year-old Pompeo is expected to win approval from the committee before his nomination is sent to the full Senate for a vote. His hearing was scheduled for Wednesday but was postponed to Thursday due to incomplete paperwork. 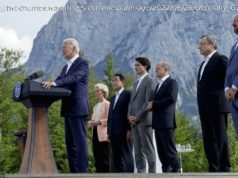 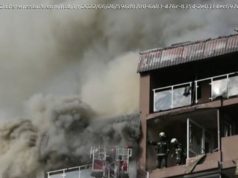 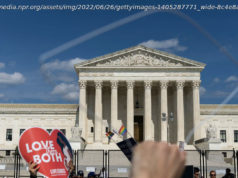 Around the nation, demonstrators show support for abortion rights