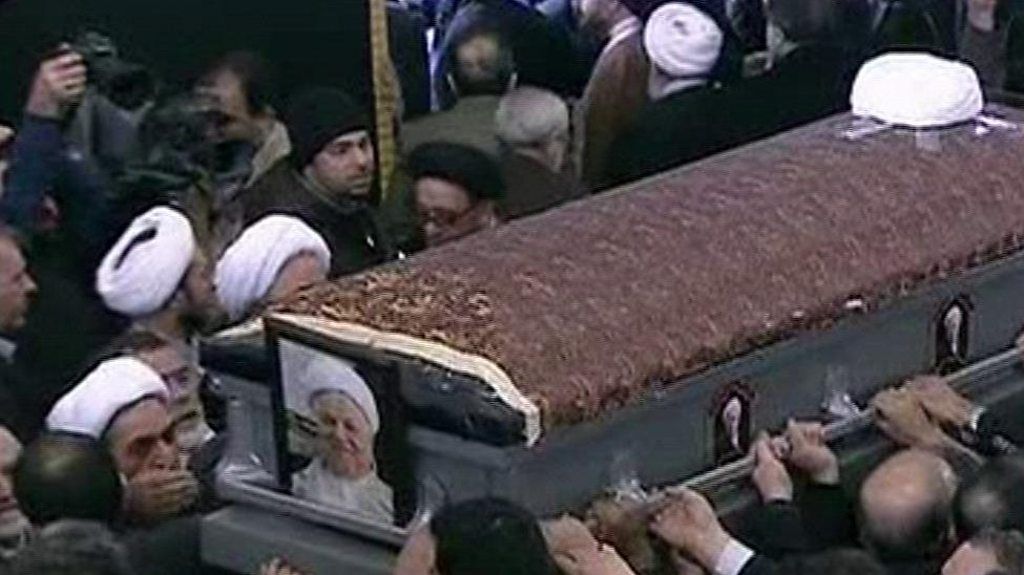 Tens of thousands of Iranians attended the funeral of the former president, Akbar Hashemi Rafsanjani, on Tuesday. Supreme Leader Ayatollah Ali Khamenei led prayers at the ceremony. Rafsanjani, president from 1989 to 1997, died of a heart attack on Sunday at the age of 82.