Security is one of the few tech sectors that thrives primarily thanks to the cruel intentions of bad actors. White hats and black hats exist symbiotically. Without the criminal element to create demand, CISOs would just hang up their spurs and call it a day.
While the tension between adversaries is a necessary function of the security industry, and spurs innovation, 2016 was an especially brutal year for the good guys.
So let’s begin 2017 with a sense of gratitude, because at least 2016 is behind us and having seen the best that black hats have thrown at our collective networks last year, now is the time for the white hats to respond.
From meddling with elections to the IoT bot DDOS attacks, we experienced pain, but I believe we are entering a golden age of security automation and resilience.
This market is Yuge
Gartner estimates that the security market size will be $120bn by 2020. In my While last year’s predictions for the market were significantly higher ($170 billion vs. $120 billion) the size of the industry is vast. A few unicorns can still range across the market without poking horns into each other’s eyes.
And look at the services portion of the market pie – it’s $55 billion — big getting bigger. If you are a security startup and think it’s all about auto-magical products, think again. Forget that VC mantra of all product and no service — listen to your customer. Managed security service providers are growing at triple digit rates. Even though it’s somewhat annoying, a self-congratulatory pat on the back is necessary here – we called this “need for security services” last year.
The incumbents need help
All the major security companies – Symantec, Cisco, HP, Juniper – cannot move fast enough. Partnerships and acquisitions are the way.
As of November 2016, Momentum Partners tracked over 120 mergers and acquisitions transactions worth over $17 billion. Symantec acquired Blue Coat for $4.7bn and Lifelock for another $2.3bn. At Bluecoat, Greg Clark and Mike Fey grew by acquisitions.
They are now leading Symantec, so expect more acquisitions. And partnerships. Cisco completed its twelfth security acquisition – Cloudlock – this year. Oracle acquired CASB Palerra and DNS provider Dyn. And HP, Juniper, and Microsoft are likely to get on the prowl soon.
VC Investments cross $4bn
In 2016, VC investments crossed $4 billion. At least three venture capital funds are dedicated largely to security – Trident Cyber Security , Allegis Capital and TenEleven Ventures. When we cut the investment data (sourced from Pitchbook & Momentum Partners) by number of deals done, this market is flattening. 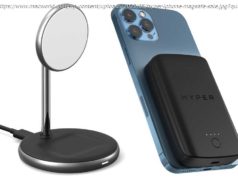 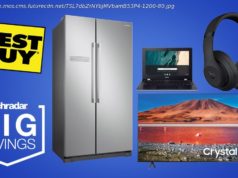 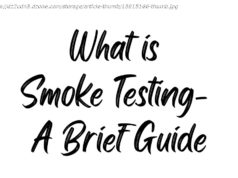 What Is Smoke Testing? — A Brief Guide