The Latest on the College Football Playoff Fiesta Bowl semifinal (all times local):
8:32 p.m.
Clemson gets its rematch with Alabama in the College Football Playoff championship game.
Deshaun Watson accounted for 316 yards and three touchdowns, and the Tigers manhandled Ohio State 31-0 in the Fiesta Bowl Saturday night.
Clemson (13-1) overpowered the Buckeyes (11-2) all night, shutting them out for the first time since 1993, a span of 295 games.
The Tigers held Ohio State to 208 yards to earn a spot in the title game on Jan. 9 in Tampa Bay.
Alabama beat Clemson 45-40 in last year’s title game.
8:24 p.m.
Clemson quarterback Deshaun Watson is done for the night.
Watson was replaced be Nick Schuessler with five minutes left in the fourth quarter and the Tigers leading 31-0.
Watson threw for 259 yards and a touchdown on 23-of-36 passing with two interceptions. He also ran for 57 yards and two TDs on 15 carries.
—
8:11 p.m.
SCORE ALERT: Clemson 31, Ohio State 0.
Wayne Gallman has scored on a 7-yard run, pushing Clemson’s lead to 31-0 in the fourth quarter.
Gallman scored two plays after Van Smith intercepted J. T. Barrett’s pass in the end zone and returned it 86 yards to Ohio State’s 14-yard line.
—
7:50 p.m.
Clemson is one quarter away from a rematch with Alabama in the College Football Playoff championship game.
Clemson leads Ohio State 24-0 heading into the fourth quarter of the Fiesta Bowl.
The Tigers have a 365-111 advantage in total yards and have held the Buckeyes 25 yards rushing on 17 carries.
—
7:45 p.m.
It keeps getting worse for Ohio State.
Just when the Buckeyes finally started moving the ball — thanks to a pair of pass interference calls on Clemson — J. T. Barrett had a pass intercepted at Clemson’s 1-yard line.
Barrett threw a little high to Curtis Samuel and the ball caromed off his fingertips to Clemson’s Cordrea Tankersly, who returned it to the 19.
—
7:38 p.m.
SCORE ALERT: Clemson 24, Ohio State 0.
Clemson has taken a commanding 24-0 lead in the Fiesta Bowl after Deshaun Watson scored on a 7-yard run late in the third quarter, his second score of the night.
Ohio State is still struggling on offense, with 103 total yards. The last time the Buckeyes were shut out: 1993, against Michigan, a span of 295 games.
7:17 p.m.
Clemson kicker Greg Huegel has missed a 31-yard field goal after Ohio State nearly jumped offside.
Huegel, who made a 45-yard kick in the first quarter, pulled his kick left after several players on the field thought the play would be blown dead for offside. The Buckeyes were in the neutral zone, but appeared to get back in time.
The missed kick came after Clemson recovered a fumble by Mike Weber at Ohio State’s 41-yard line.
7:04 p.m.
The second half of the Fiesta Bowl is underway with Clemson leading Ohio State 17-0.
The Tigers have tied a team single-season record with 71 TDs with two in the Fiesta Bowl. Deshaun Watson is up to 110 for his career after a 1-yard run.
The Buckeyes are facing their largest deficit since trailing Michigan State 17-0 on Dec. 7, 2013.
6:58 p.m.
Clemson and Ohio State are among the teams that use signs with seemingly random images to send in signals from the sideline.
The Tigers’ boards include images of Bart Simpson, Elvis, Tupac Shakur, the Olympic rings and Katniss Everdeen from «The Hunger Games. »
The Buckeyes’ collection includes the Stay Pufft Marshmallow Man, a Gatorade bottle, the Nike logo and a basketball.
Clemson’s signs — and its team — had the advantage in the first half. The Tigers led 17-0.
6:41 p.m.
Clemson leads Ohio State 17-0 after a dominating performance in the first half of the Fiesta Bowl.
The Tigers have a 275-88 advantage in total yards and Deshaun Watson has thrown for 197 yards with a touchdown and two interceptions.
Ohio State has rushed for nine yards on 10 carries and kicker Tyler Durbin missed a pair of 47-yard field goals.
The Buckeyes were held scoreless in a first half for the first time since 2011 against Michigan State, the season before Urban Meyer became their coach.
—
SCORE ALERT: Clemson 17, Ohio State 0.
C. J. Fuller has caught a 30-yard touchdown pass to put Clemson up 17-0 at the Fiesta Bowl just before halftime.
Fuller ran past Ohio State cornerback C. J. Saunders to get open, but had to adjust when Deshaun Watson’s pass was slightly underthrown. Fuller fought off Saunders and caught the ball falling down to give the Tigers a commanding lead.
—
6:14 p.m.
Deshaun Watson has thrown another interception, this one in the end zone.
Watson was trying to hit Hunter Renfrow on a deep pass against what appeared to be single coverage. Instead, Ohio State safety Malik Hooker closed quickly and appeared to come out of nowhere, snatching the ball from Renfrow just before falling out of bounds.
—
5:51 p.m.
Clemson leads Ohio State 10-0 after one quarter of the Fiesta Bowl.
The Tigers have a 113-47 advantage in total yards and the Buckeyes face a fourth down near midfield to start the second quarter.
—
5:45 p.m.
SCORE ALERT: Clemson 10, Ohio State 0
Deshaun Watson has scored on a 1-yard run to put Clemson up 10-0.
The score capped a 10-play, 70-yard drive that included a spectacular catch by Mike Williams over a defensive back.
—
5:39 p.m.
Ohio State’s Tyler Durbin now has two missed 47-yard field goals — one on each side.
Durbin missed his first one wide right, then hooked the second one to the left.
Clemson leads 3-0 in the first quarter.
—
5:32 p.m.
Ohio State freshman right guard Michael Jordan has returned to the field in the Fiesta Bowl.
Jordan was injured in the Buckeyes’ second drive and limped off favoring his right leg. He had his ankle taped on the sideline and was back out for Ohio State’s next series.
5:27 p.m.
SCORE ALERT: Clemson 3, Ohio State 0
Clemson’s Greg Huegel has kicked a 45-yard field goal for the first points of the Fiesta Bowl. Receiver Mike Williams helped set up the kick with a 37-yard reception over the middle.
—
5:22 p. 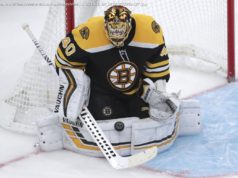 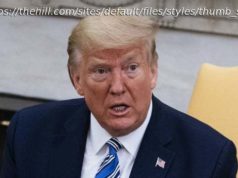 The Hill's Campaign Report: Trump ramps up attacks against Twitter 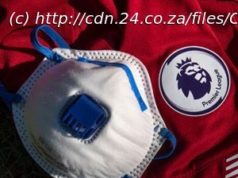