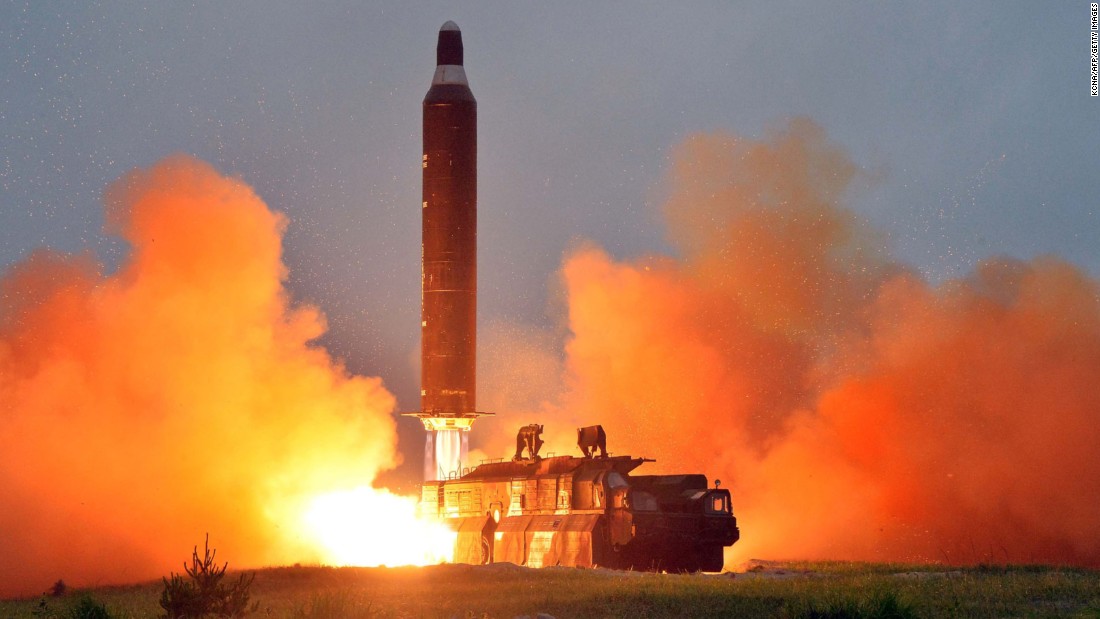 US Defense Secretary Ash Carter said Tuesday that if launches do not pose a risk to the US or an ally, «it may be more to our advantage… to gather intelligence from the flight. »
In his new year’s address , North Korean dictator Kim Jong Un said the country had «entered the final stages of preparation for the test launch» of an intercontinental ballistic missile (ICBM) that could threaten the US mainland.
This week, Pyongyang upped the threat , saying it could launch such a missile «at any time and anywhere. »
Intelligence gathering
The US and other observers «can learn a lot» from any missile test, said Tal Inbar, a North Korea expert at the Fisher Institute for Air and Space Strategic Studies.
«We can analyze the trajectory and conclude some insight about the power of the engines and the amount of fuel, and estimate the potential range of the missile. »
If it is possible to retrieve the missile or rocket from the sea, as South Korea did in February last year , Inbar said there «is a wealth of intelligence in such debris. »
He added that it was generally unwise to shoot down any missile that does not pose a threat as not only would you lose the ability to examine the missile and its flight, «if you try and shoot it down and miss, that’s a huge PR embarrassment. »
Long road to ICBMs
Despite repeated claims about its capability to strike at the US mainland, North Korea has never successfully tested an ICBM, and experts have cast doubt on how close Pyongyang is to having the technology to even attempt it.
Even the country’s mid-range missile — the Musudan — «barely works,» according to aerospace and rocket expert John Schilling, «exploding in seven out of eight tests so far. »
Pyongyang’s purported ICBMs, Schilling wrote in a report in December , «don’t exist, except as parade mock-ups and engineering test articles. »
«When they are completed, they will require years of flight testing to reach operational status, with no doubt many more catastrophic failures,» he said.