January 23, 2017
— The abdication of Japan’s emperor – an event not seen in 200 years – took a step closer to becoming reality Monday, as a government panel released an interim report suggesting legislation to permit a one-time move, allowing the 83-year-old Emperor Akihito to retire from some of his imperial duties.
The matter has been a subject of debate and speculation ever since August, when Akihito expressed concerns about his ability to fully execute his duties, in light of his advancing age.
«I have continued to think to this day about how the Japanese imperial family can put its traditions to good use in the present age and be an active and inherent part of society, responding to the expectations of the people,» the Emperor said in August, during his second-ever televised address .
«When I consider that my fitness level is gradually declining, I am worried that it may become difficult for me to carry out my duties as the symbol of the state with my whole being as I have done until now,» he added, one of several hints, although with no explicit requests, that he would like permission to abdicate.
A final report is due in the spring, but the initial findings suggest a law that would allow for this one-time abdication, without establishing any new permanent system for future emperors. The interim report paves the way for discussion in Japan’s parliament, the National Diet.
«Japan is in uncharted territory except for historians,» Colin Jones, a professor at Doshisha University Law School in Japan, told Reuters.
Indeed, the last time a Japanese emperor abdicated was in 1817, when Emperor Kokaku stepped down. Current law, enacted in the wake of World War II, prohibits abdication. The rule is based upon concerns enshrined in 19th century Japanese law that saw such a move as threatening the nation’s stability.
Yet the monarchy’s role has shifted dramatically over time. Under the postwar constitution of 1947, the emperor is less involved in the country’s government, and the royal family’s cultural role has been curtailed, as well: In the years leading up to World War II, the current emperor’s father was revered as divine. During the American occupation, Emperor Hirohito issued a rescript renouncing the idea that he was a living god.
In recent decades, some Japanese have begun to question the relevance of the royal family as it searches for a modern role. For others, however, the current emperor’s efforts to humanize his once-remote office have won the family renewed affection.
«The imperial family doesn’t have much of a meaning beyond a kind of symbol and decoration, but they are untouchable ,» Toyonori Sugita, the owner of a metalworking business just south of Tokyo, told The Christian Science Monitor this summer.
The issue still has the power to polarize, with some ultra-conservatives actually wanting to boost the emperor’s role. In the interim report, the government panel avoided laying out any definitive conclusions, instead wanting «the people to think and discuss what would be best to relieve concerns of the emperor,» as panel chief Takashi Imai explained to reporters.
If Emperor Akihito does abdicate, then other issues will need to be addressed, not least the title that he adopts. Traditionally, the title would be joko , meaning «retired emperor,» but some are concerned that this appellation carries connotations of days gone by, when former emperors retained power and would often clash with their successors.
More appropriate, argue some experts, would be zen tenno or moto tenno , meaning «former» or «previous» emperor, respectively.
Whatever the case, when the next emperor does ascend the Chrysanthemum Throne, a new «imperial era» will begin, replacing «Heisei,» which began when Emperor Akihito assumed the throne in 1989 and means «achieving peace. » A fundamental aim of his reign was to heal the wounds wrought by war waged under his father, Hirohito.
This report contains material from the Associated Press and Reuters. 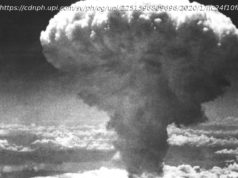 On This Day: U. S. drops atomic bomb on Nagasaki 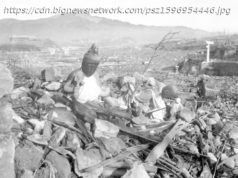 75 Years Ago the US Destroyed Japanese Culture 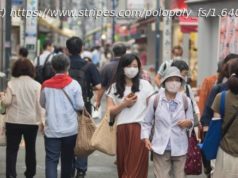