The accord depends on trust and good faith. Trump is offering the opposite.
Sunday marked the beginning of COP24, the latest round of United Nations climate negotiations. Somewhat oddly, the meeting is taking place in Katowice, a small city in Poland that was built on coal mining. Coal still provides 80 percent of Poland’s power and seems to be the visual theme of the event. (Like I said, odd.)
This is the most significant meeting of the parties to the Paris climate agreement since that accord was hammered out in 2015. Though the agreement doesn’t technically go into effect until 2020, the Katowice meetings are meant to encourage early ambition and serve as an informal “stocktake,” a check-in with how countries are doing relative to their upcoming pledges.
As you may have heard, a few significant things have happened in the US since 2015. Among them, Donald Trump was elected president and pledged to withdraw from the Paris agreement. The US cannot formally withdraw until November 5,2020, just days after the next presidential election, so it’s still a somewhat theoretical threat. Still, it has been enough to affect the course of events.
But how much? How well has the Paris process withstood Trump so far? Among the many other more concrete issues discussed in Katowice, that is sure to be at the top of everyone’s mind.
A newly published paper can help us wrap our head around Trump’s damage: “ The Paris Climate Agreement Vs. The Trump Effect,” by Joseph Curtin at the Institute of International and European Affairs (IIEA), a Dublin-based climate policy think tank.
But before we dig in the details, let’s recall why the Paris agreement is uniquely vulnerable to Trump’s skullduggery.
The Paris agreement marked a new chapter in international climate negotiations — a sharp break from the past. For decades, the parties to the United Nations Framework Convention on Climate Change, a treaty adopted in 1992, had struggled to develop a legally binding agreement, with formal sanctions for failure.
That never happened, for many reasons, most notably the requirement that any such agreement garner unanimity among almost 200 countries, while the US, among others, was inalterably opposed.
The Paris agreement works differently. I have told that story in detail, but the capsule version is simple: instead of relying on legal or economic sanctions, Paris harnesses the power of transparency and peer pressure.
Each country comes up with its own emissions-reduction pledge, its own “Nationally Determined Contribution,” or NDC. (There are 165 NDCs so far — you can see a list and a map here .) Then, on a rolling five-year basis, there are formal “stocktakes,” in which countries report on their progress.
There’s no sanction for failing to hit your targets. You just have to honestly tell the rest of the world how you’re doing. If you fail to achieve your publicly proclaimed goals, you will be embarrassed and suffer reputational damage.
The idea behind the agreement is that making NDCs voluntary, with no risk of penalties, frees up countries to be less defensive — to just get started. As they do, they will learn and share, prompting a self-reinforcing cycle of rising ambition, driven by bragging rights and encouragement rather than shame and sanction.
“It created a new type of institutional arrangement designed to generate momentum for innovation, deployment, learning by doing, new norm creation and general positive encouragement,” Curtin writes, “but without punitive enforcement mechanisms for non-compliance.”
For obvious reasons, an arrangement like this relies on trust and good faith. Countries act because they believe others are going to act. But if a major country, responsible for almost 15 percent of the world’s greenhouse gas emissions, craps all over the process and bails out… well, that hurts.
How much?
First, let’s acknowledge that it’s still early days. We’re talking about how a withdrawal that hasn’t happened yet is affecting an agreement that hasn’t gone into effect yet. 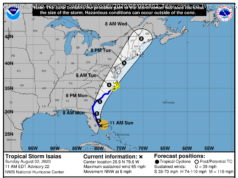 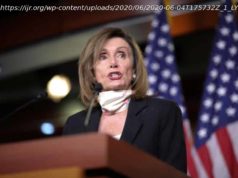 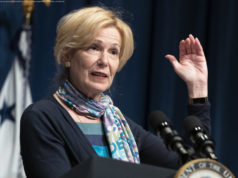