John Dean, a star witness during Watergate who helped bring down the Nixon presidency, told the House Judiciary Committee he saw parallels.
WASHINGTON (AP) — The House expects to receive the first files of underlying evidence from Robert Mueller’s report as soon as Monday, after a sudden shift by the Justice Department as Democrats weigh impeachment proceedings against President Donald Trump.
It’s unclear if the deal announced Monday, just moments before the start of a Judiciary Committee hearing with Watergate star witness John Dean, will produce the kind of documents Democrats want to see from the special counsel’s work. But it signaled the first real breakthrough in the standoff over the report and came at the start of a week of ramped up action by the House in the Trump-Russia probe.
Rep. Jerrold Nadler, D-N.Y., the chairman of the committee, said the Justice Department will provide some of Mueller’s “most important files” and all members of the committee will be able to view them. He said the files will include those used to assess whether Trump obstructed justice.
For now, he said, the panel will not sue Attorney General William Barr to force compliance with a congressional subpoena to release the unredacted Mueller report along with the underlying evidence. The House is still expected to vote Tuesday on a resolution that would empower the committee to file a civil lawsuit for the materials, if Democrats decide to do so.
“If the Department proceeds in good faith and we are able to obtain everything that we need, then there will be no need to take further steps,” Nadler said in a statement. “If important information is held back, then we will have no choice but to enforce our subpoena in court and consider other remedies.”
Nadler added, “It is critical that Congress is able to obtain the information we need to do our jobs, ensuring no one is above the law.”
The sudden turn of events came ahead of a pivotal week for House Democrats, who are torn over whether to move forward with impeachment proceedings and searching for ways to focus public attention on Trump’s actions.
Dean, a White House counsel under Richard Nixon who helped bring down his presidency, testified Monday that Mueller has provided Congress with a “road map” for investigating Trump. 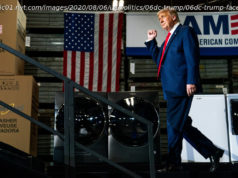 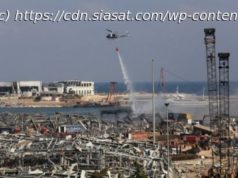 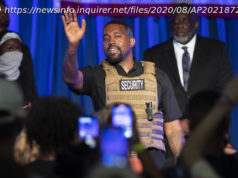 Republicans push Kanye 2020. But will it really hurt Biden?