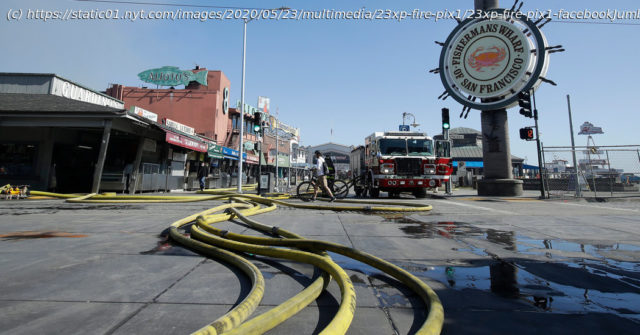 One firefighter was injured in the four-alarm blaze at Fisherman’s Wharf early on Saturday morning, officials said.
About 150 firefighters battled a four-alarm blaze that destroyed a quarter of the structures on Pier 45 in San Francisco early on Saturday morning, the authorities said.
One firefighter had a severe cut to an arm, Lt. Jonathan Baxter, a spokesman for the Fire Department, said at a news conference. He said the firefighter was taken to a hospital and was expected to recover. No other injuries were reported.
Officials were investigating the cause of the fire, which was reported around 4:15 a.m. at a warehouse. The fire broke out at Fisherman’s Wharf, a commercial tourist district with attractions, including restaurants and museums, that is home to Pier 45.
“We traditionally don’t have fires of this magnitude with warehouses,” Lieutenant Baxter said in an interview on Saturday, adding that the pier was being evaluated for structural integrity. “It was an impressive, massive fire. 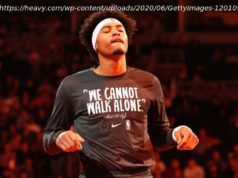 Which NBA Teams Have Issued Statements on the George Floyd Protests? 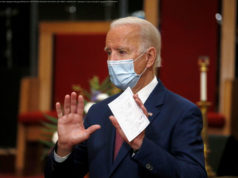 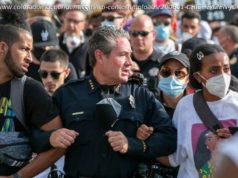