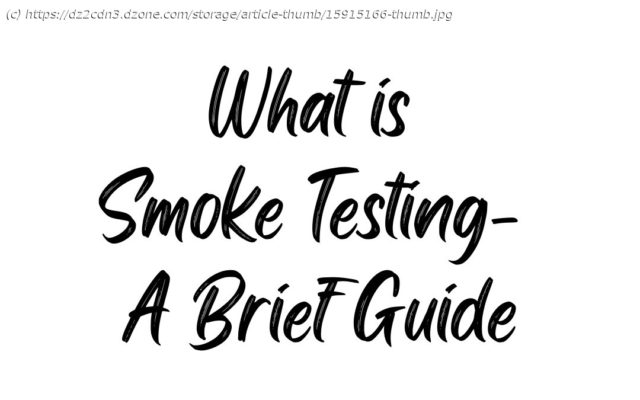 In this article, have a look at What is smoke testing, the features of smoke testing, when to do it, the benefits, and more.
Join the DZone community and get the full member experience. Smoke testing is a method of determining whether a newly released build is stable. It assists a QA or testing team in determining whether they may proceed with further testing. It also ensures that the builds received from development are functional. Smoke Testing is a type of software testing typically performed on early software builds to guarantee that the program’s critical capabilities are fully functional. It is the software’s final check after a build and before it is released. Before critical testing, this type of testing identifies primary and vital issues in an application. Smoke testing, also known as build verification testing or build acceptance testing, is a non-exhaustive software analysis that ensures that a program’s most basic functionalities perform while avoiding finer details. You should be familiar with the following fundamental aspects of smoke testing:
Smoke testing is typically performed whenever new software functions are developed and integrated with an existing build.