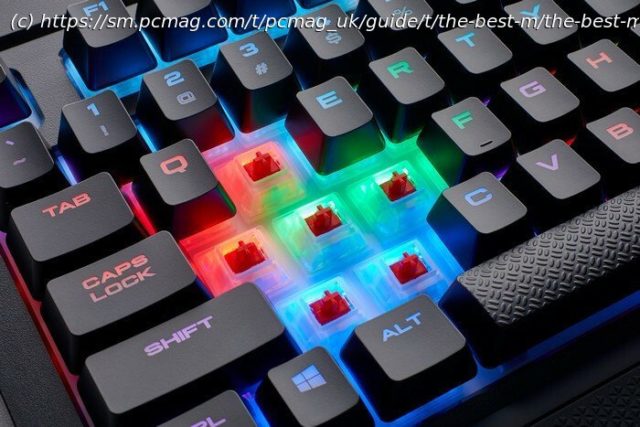 Ready to experience best-in-class typing? A mechanical keyboard delivers the feel and feedback that ordinary keyboards lack. Here’s how to buy the right one, plus our top tested picks.
By definition, a mechanical keyboard is a keyboard that uses an individual spring and mechanical switch under each key. While older users may have fond memories of the classic buckling-spring switches on their IBM Model M keyboards, today’s mechanical keyboards come in dozens of different flavors, with a variety of key switches that suit just about every occasion and preference, whether you’re playing a hectic FPS, writing the next great American novel, or manipulating numbers in a spreadsheet. The springiness, the satisfying «click clack» with every key press.a mechanical keyboard should have it all. And that’s what our selection below—of the best mechanical keyboards we’ve tested—reflects, with our top choices for gaming, office use, budget buyers, ergonomics, and more. Read on for our favorites, followed by a deep-dive guide to how to choose the right board for you. How to Buy a Mechanical Keyboard
If you’re a computer user of, shall we say, «a certain age», you remember a time when a room-filling cacophony of clicking was synonymous with typing as words appeared. uh, on a sheet of paper. Typewriters were, in a sense, the original mechanical keyboard, and generations of 20th-century office workers and aspiring novelists honed their typing chops on them. But as the hardy, ribbon-based machines gave way to computers, a different kind of mechanical keyboard came to the fore: the battlewagon keyboards of the early days of computing. And they were beasts. They used keys that clicked and rattled, and many of them felt like they would last forever. (Indeed, some of them are still in service.)
That’s the appeal of today’s mechanical computer keyboards: They feel like products built for the ages, in these days of disposable tech. Even throughout the 1980s and early 1990s, mechanical keyboards were as common a part of computer setups as floppy disk drives—because the people who were creating and using them knew what typing could, and should, be. Sadly, with the explosion of the home PC market in the 1990s and into the early 2000s, sturdy mechanical boards fell out of favor, as manufacturers looked for cheap, mass-market ways of getting tens of millions of people on their machines and online. Typing, that most basic of computing activities, became something you and your fingers had to endure, not enjoy, on subpar gear. Luckily, the keyboard-quality pendulum has swung back in the other direction over the last decade. Mechanical keyboards are once again popular alternatives to the bundled cheapies. They cost more, but they are far more rugged than a run-of-the-mill model. And keyboard makers now make them in lots of flavors to serve most major subclasses of buyers: productivity-minded users (with plain models), gamers (with keyboards replete with LED bling and macro features), ergonomically minded folks, and more. A mechanical keyboard is a bit of an investment, though, so here’s what you need to know in order to make the right choice. Is a Mechanical Keyboard Really Worth It? First and foremost, the thing that defines a mechanical keyboard is the key switch it uses. Most budget keyboards today use dome-switch technology, which registers a keypress when you type and push down a silicone dome and connect two circuit-board traces. (This technology is also sometimes referred to as «membrane switch» or «rubber dome», with minor variations in the essential design.) Though this style is easy and inexpensive to manufacture, pressing the keys requires a relatively large amount of force, which can result in a heavy, mushy feel to the fingers and a lack of either tactile or auditory feedback when you type. Plus, after a fairly «short» time (five million keystrokes, give or take), the domes can lose their springiness or stop working altogether. So, you’ll probably have to replace the keyboard at least once or twice over the life of the computer that you use it with. Mechanical switches, by contrast, get rid of the silicone altogether. Pressing down on the key activates a real, physical switch, usually involving a spring as the pushback mechanism, that registers what you type. Because the parts used are much more substantial than those in dome-switch keyboards, mechanical keyboards typically have a much longer life span. (Many boast ratings of 50 million keystrokes or more per switch, and may well outlast the first—or fifth! —computer you use them with.) The typing feedback also creates a more direct relationship between your fingers and what appears on the screen. Because of the hardware involved, mechanical keyboards tend to be thicker, heavier, and more expensive than their dome-switch counterparts. They are more of an investment, but one that will pay off in sheer satisfaction if the quality of typing really matters to you. When shopping for a mechanical keyboard, you will want to pay attention, above all else, to the kind of switch it uses, and whether it offers auditory feedback (in other words, a click you can hear) or tactile feedback (a «bump» you can feel), or both. Also important is the amount of pressure that the switches require to activate (the «actuation force»). That will greatly affect its functionality and the possibility of finger fatigue. Cherry MX Switches: What Color Is Best for a Mechanical Keyboard? The best known and most frequently encountered mechanical key switches come from a company called Cherry Industrial. 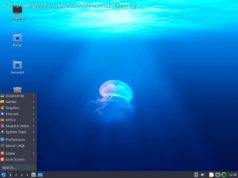 Trying on all the Ubuntu remixes for size 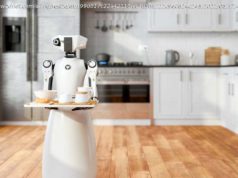 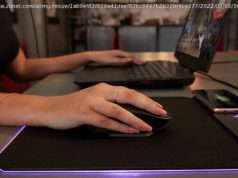