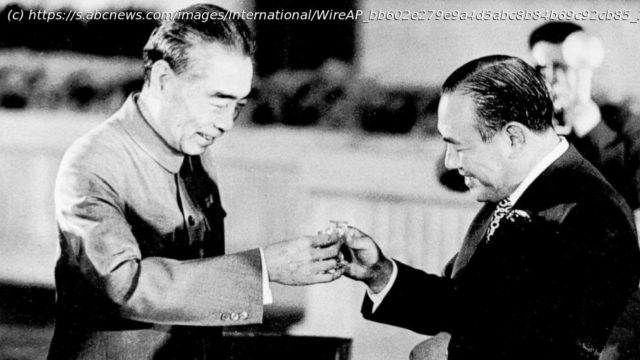 Array
The Japanese leader who normalized relations with China 50 years ago feared for his life when he flew to Beijing for the high-stakes negotiations at the height of the Cold War, according to his daughter, a former Japanese foreign minister.
Kakuei Tanaka’s mission to normalize relations with China just two months after taking office was a huge gamble, his daughter, Makiko Tanaka, said in an interview with The Associated Press ahead of the 50th anniversary Thursday of the historic communique that Tanaka signed with his counterpart, Zhou Enlai.
The then-prime minister told his daughter before his departure that he would resign if his mission failed, recalled Makiko Tanaka, who served as foreign minister and in other key posts from 1993 to 2012.
Opposition was so fierce in Japan, she said, that some ruling party hawks came to their home the day before the trip to try to stop him from leaving. He told his daughter that he feared being poisoned in China, which was a largely closed country in 1972.
Earlier that same year, U.S. President Richard Nixon had made his visit to communist China that would transform China’s position in the world. His trip led to the U.S. establishing diplomatic relations with China in 1979 and the parallel severing of formal ties with Taiwan, the self-governing island that Beijing claims as its own.
Much has changed, too, in the China-Japan relationship over the past half-century. The neighbors enjoy deep business and cultural ties. Japan has given China more than $25 billion in development aid over the years, and China is Japan’s biggest trade partner.
But the underlying tension that marked Tanaka’s diplomatic foray remains.
China, a relative backwater then, is now the world’s No. 2 economy and a growing military power. Tensions surround Beijing’s rivalry with Washington and its increasingly assertive activity in the region, especially around Taiwan.
Japan considers China a security threat and is particularly worried about Chinese naval activity around Japanese-controlled islands in the East China Sea that Beijing also claims. 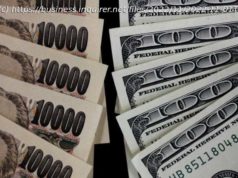 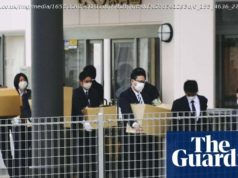 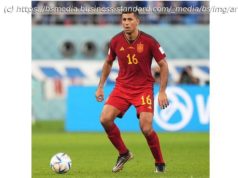