Federal labor leaders were ready when President Trump froze government hiring Monday. It was a campaign promise they criticized before the election and did so again shortly after he made good on the pledge.
“President Trump’s action will disrupt government programs and services that benefit everyone and actually increase taxpayer costs by forcing agencies to hire more expensive contractors to do work that civilian government employees are already doing for far less,” said American Federation of Government Employees President J. David Cox Sr. “This hiring freeze will mean longer lines at Social Security offices, fewer workplace safety inspections, less oversight of environmental polluters, and greater risk to our nation’s food supply and clean water systems.”
A hiring freeze was included in the Trump presidential campaign’s “ Contract with the American Voter. ” It was the second of six measures “to clean up the corruption and special interest collusion in Washington, D. C.” and part of his “100-day action plan to Make America Great Again.”
The contract excluded the “military, public safety, and public health,” but during a signing in the Oval Office Trump only mentioned the military.
“A hiring freeze will be harmful and counterproductive, increasing backlogs, decreasing service quality and causing more frustration for Americans seeking help from their government,” said Tony Reardon, president of the National Treasury Employees Union. “Our government depends upon highly-trained and experienced federal workers being able to carry on with their important work. This puts up a substantial roadblock for agencies.”
Earlier this month, The Washington Post reported that the Obama administration was accelerating hiring to get employees in place before Trump took over. But individuals hired, but who have not yet started working, still could be affected by a freeze.
[ Federal agencies rush to fill job openings before Trump takes office Jan. 20 ]
In an August 1981 decision by the U. S. Court of Appeals for the D. C. Circuit in National Treasury Employees Union v. Ronald Reagan , the court ruled that anyone who had been appointed after Election Day, but had not yet started work, were affected by the retroactive freeze because they had not actually become federal employees. It found that a small number of workers among the plaintiff group, however, had begun to perform official work functions and therefore could make a claim based on the standard civil service protections that federal employees hold.
In 1982, the Government Accountability Office (GAO) examined hiring freezes imposed by former presidents Jimmy Carter and Ronald Reagan and determined that was not an effective strategy.
Hiring freezes have “little effect on Federal employment levels,” the GAO said. The report said the freezes “disrupted agency operations, and in some cases, increased costs to the Government.”
Staff writer Juliet Eilperin contributed to this story.
We’d like to get your thoughts about a federal hiring freeze. Send your comments to joe.davidson@washpost.com with “hiring freeze” in the subject line.
Read more:
Outgoing OPM chief hits incoming GOP policies on hiring and firing feds
Democrats seek thaw in Trump plan to freeze federal hiring
The faulty logic behind Trump’s plan to freeze federal hiring
Trump links federal hiring freeze to fighting corruption
Federal agencies rush to fill job openings before Trump takes office Jan. 20 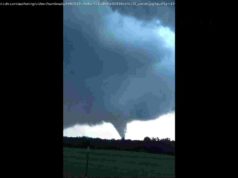 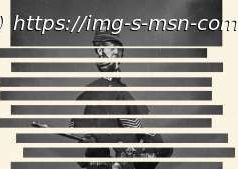 How I Became a Police Abolitionist 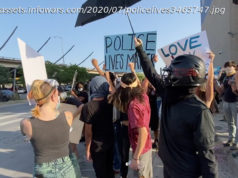